In order to use AdventureSignUp, your browser must accept cookies. Otherwise, you will not be able to register for races or use other functionality of the website. However, your browser doesn't appear to allow cookies by default.

If you still see this message after clicking the link, then your browser settings are likely set to not allow cookies. Please try enabling cookies. You can find instructions at https://www.whatismybrowser.com/guides/how-to-enable-cookies/auto.

The bi-annual Run Wild Races is returning Fall of 2021!

Welcome to Run Wild Races at the Metro Richmond Zoo.  This year we are celebrating the critically endangered Orangutan!

Experience the Zoo from a whole new perspective on Saturday, October 23rd! Round up your herd; there is FUN for everyone. Choose from our 3 events: Run Wild Mini, 5k, and Ninja! Be sure to spot rhinos, zebras, cheetahs and other zoo animals along the race path! After you cross the finish line, each participant can visit the Zoo for FREE! Any spectators that come with you will receive a 10% discount off their zoo admission tickets for race day.

This 1 mile fun run is designed for children ages 4 - 11, but runners of all ages are welcome with a participating child.

The majority of this course goes through the pathways of the zoo and includes a few all-terrain sections (gravel 5%, grass 20%, dirt 5%, pavement 70%). Parents can run with their children, but must purchase their own Mini race ticket. Children 3 and under do not need a ticket. Strollers are permitted but must be able to handle all-terrain.

This all-terrain 5k spans the perimeter of the Zoo including off-site facilities such as the Cheetah Conservation Center. Portions of the route travel in between the two perimeter fences that surround the entire Zoo.  The all-terrain course consists of mostly dirt, mulch, and grass trails with some gravel and asphalt pathways.  The trail has winding turns, rolling hills, bridges over creeks, beautiful views, a few steep hills and sights of exotic wildlife.

Are you tough enough to “escape extinction”? Find out as you test your balance, strength, stamina and mental perseverance while confronting up to 39 obstacles along an approx. 2.5 mile course, including 21 Ninja Warrior style obstacles. Representing challenges encountered by endangered animal species, these obstacles are not for the faint of heart.

This is not a race and will not be timed; your goal is to “escape extinction” by conquering obstacles. Contestants receive points for completing obstacles with varying levels of difficulty and their “survival success” will be determined by measuring their points accumulated utilizing the International Union for Conservation of Nature (IUCN) Red List of Threatened Species’ nine categories which are used for classifying species at high risk of global extinction: Not Evaluated, Data Deficient, Extinct, Extinct in the Wild, Critically Endangered, Endangered, Vulnerable, Near Threatened, and Least Concern."

Don't go extinct by getting defeated by our ninja obstacles!  Contestants who complete all obstacles successfully will earn the title "Unlikely To Become Extinct In The Near Future" and earn entry into their next race free.

Let’s Go! It's time to get "evaluated." Gather your friends and prepare to represent your "species" to prove that you won't go extinct!

"The IUCN Red List Categories and Criteria are intended to be an easily and widely understood system for classifying species at high risk of global extinction." 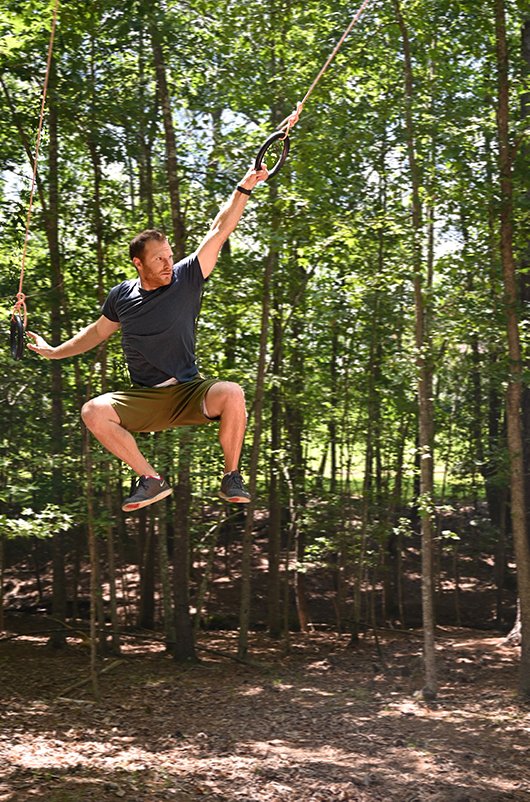 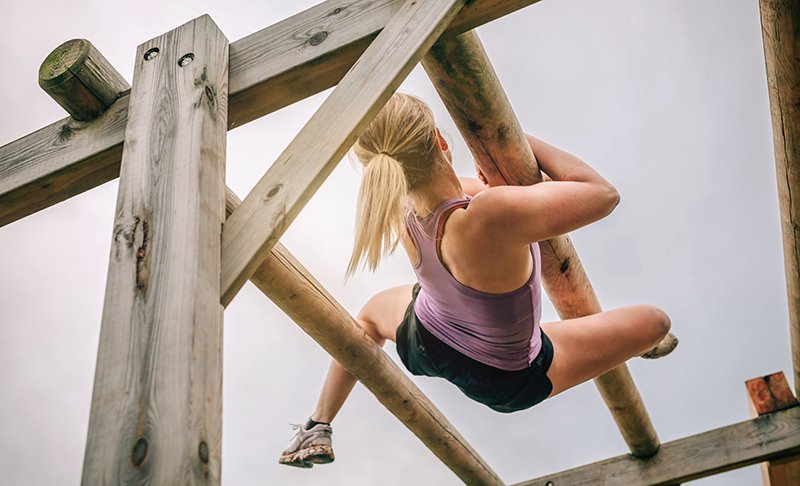 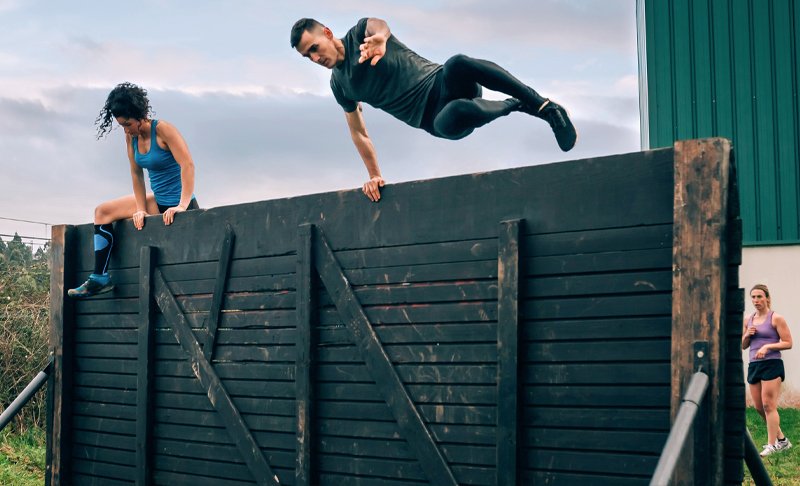 Gather your “herd” and prepare to face other herds in this battle against extinction.  Herds will migrate together where they can support each other as they individually face each obstacle, earning points for each obstacle they complete. Any herd of at least 2 men and 2 women will automatically be entered into our team competition where the overall score of the 2 highest men and 2 highest women in each herd will be combined to reach the team’s score.

Learn more about the Ninja Format and Scoring

Please be respectful of the Metro Richmond Zoo property, animals, and exhibits.  No climbing over fences, leaving the trail, smoking, shouting, taunting animals, or playing music from speakers.  We reserve the right to remove you from the race without a refund if you fail to follow these guidelines.

Run Wild Mini: For the safety of the animals, some will remain indoors (off exhibit) while racers run by their exhibits. These animals will be back on exhibit for the normal zoo hours.  The orangutans will be out during the fun run.

At the start and end of the race.

Ninja - 9:30 am with additional start waves every few minutes until 10:30 am. Obstacles will close at 1:30pm and all competitors must finish by this time.

At the start and end of the race.

Parking is FREE.  Please follow parking attendants as they will guide all runners/spectators into a designated parking lot.

If you are a current Zoo Member, follow the prompt at the end of registration to receive $5 off your entry.

Zoo Members must provide their membership card for validation on race day at the check-in; otherwise you will be charged the remaining $5 fee before race entry.

Price for all events increases by $5 ($4 for the Mini) on each of the following dates:

Sign up for any 2 Run Wild events and receive a $10 discount. (only one event shirt is provided)

Sign up for all 3 Run Wild events and receive a $15 discount. (only one event shirt is provided)

*This discount cannot be combined with the Team or Ninja Kid Discounts.

Create a team and invite friends and family to join.  The following discount applies to all team members once the 10th member registers:

The previous 9 registrants will be refunded the amount listed above.

*This discount cannot be combined with the Multi-Event or Ninja Kid Discounts.

Kids ages 8-14 receive their Ninja ticket for $15 less than the Ninja ticketed adult that is required to participate with them.

*This discount cannot be combined with the Multi-Event or Team Discounts.

Support a Great Cause

"The name 'orangutan' comes from an Indonesian phrase meaning 'person of the forest.' Orang means person and hutan means forest.  These beautiful creatures are among some of the most intelligent animals in the animal kingdom. Unfortunately, they have been victim to poaching and deforestation, resulting in a critically endangered status. Deforestation for the establishment of palm oil plantations is the primary cause for habitat loss for orangutans. Female orangutans usually only have a baby every 7-8 years and will closely nurture their young for the first four years of their life." MRZ

"The combined impacts of habitat loss, habitat degradation and illegal hunting equate to an 86% population reduction between 1973 and 2025 which qualifies the Orangutan for listing as Critically Endangered. This estimate is relatively conservative, as it does not include additional future population losses anticipated due to stochastic effects that will reduce populations inhabiting increasingly small forest fragments." IUCN RedList

The Metro Richmond Zoo has 3 separate exhibits that house 8 orangutans! Two island exhibits can seen inside the zoo, one via walking path and the other via the safari train ride.  The 3rd exhibit, the dome, is located out of public view but will soon open to exclusive private tours.  The top male and female winners of the 5k and Ninja will be invited to experience this tour free of charge at 2:00pm following the completion of the event on October 23rd 2021.

100% of Run Wild's net proceeds from this race will benefit the critically endangered orangutans through these 3 reputable organizations. Click on their links to see how they are making important contributions to mitigate this species' extinction.

Spectators can attend the Run Wild Races event free of charge, but must check-in and sign a waiver. Spectators can receive a 10% discount on admission tickets the day of the race when entering with their racer.

All race participants will receive a free same day Zoo admission ticket with the purchase of any Run Wild Race ticket.

The Metro Richmond Zoo has 3 separate exhibits that house 8 orangutans! Two island exhibits can be seen inside the zoo, one via walking path and the other via the safari train ride.  The 3rd exhibit, the dome, is located out of public view but will soon open to private educational tours.  The top male and female winners of the 5k and the winning Ninja team will be invited to experience this tour free of charge at 2:00 pm following the completion of the Run Wild Races event on October 23rd 2021.  Winners will be contacted shortly after all race results are in. 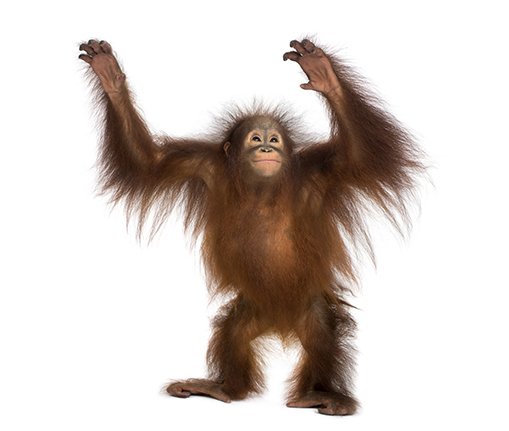 These private tours are not currently available to guests at the zoo, but will be soon.  Be sure to check back at www.metrorichmondzoo.com for future updates regarding these upcoming private tours!

*5k route is subject to change.

If you have any questions about this race, click the button below.

Please complete the following survey to help us better understand your race experience.

If you continue to use this site, you consent to use all cookies.